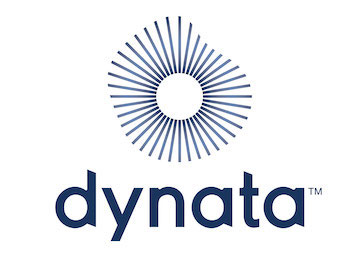 As worldwide inflation continues to rise, driven by soaring energy costs, fuel prices and food prices, consumers recognize that their finances are under threat. According to Dynata’s latest Global Consumer Trends “Staying Ahead of the Downturn,” a quarter of all those surveyed across 11 countries worldwide feel that their financial situation will be worse at the end of 2022 than it is now.

Nearly three in 10 agree that they are struggling to make ends meet financially and that their finances are now worse than they were at the beginning of the year. This rises to a staggering 43% of Britons reporting to be now financially worse off – the highest percentage amongst the countries surveyed, followed by Americans at 34%.

Although many have taken on additional work to try and bring in more money or have changed jobs for a better paid one, for many, something has to give. And that something – or those somethings – are the non-essentials of life. Two-thirds of those struggling financially are spending less on leisure travel, in-person entertainment, fashion/clothing, restaurants and home improvements. All these sectors, striving and hoping to bounce back from the effects of COVID-19, may have to brace themselves for yet another economic contraction.

This reaction has a definite generational feel to it. The older generation, the Baby Boomers, are most likely to be cutting back on these non-essentials, with over seven in 10 now spending less than at the beginning of the year. This is the case of just four in 10 of the youngest generation, Gen Z, albeit the fact that this generation has the least disposable income to start with.

Consumers are taking action to reduce costs across the board. From taking the time to seek out deals, to more home cooking, to simply avoiding temptation by browsing less online or making fewer visits to the shops. In all, two-thirds of those interviewed report to have taken some action to reduce their spending since the beginning of 2022.

This is a global phenomenon we are witnessing, as evidenced by the fact that a similar number of consumers are tightening their belts in all 11 countries surveyed.

As highlighted in previous Dynata’s Global Consumer Trends, we are in an extended period of re-evaluation of our lifestyles – first because of COVID-19 and now because of the looming recession and inflation. This re-evaluation might be to consume less, and just half admit to this. For about a third of consumers worldwide, it is a (possibly newfound) consideration of used and second-hand goods or a willingness to accept less than perfection.

On the face of it, this cannot be good news for brands. Yet, the findings provide a glimmer of hope for at least some brands, if not a direction of travel to take. A minority, but a substantial minority of around one in five consumers globally, say that they are willing to either “almost always” or “often” pay more than the lowest possible price for a brand, product or service, because it represents their values. This is very different from a brand perhaps “reflecting the person they want to portray.” This proportion rises to a third of all Gen Zers, although only one in 10 Baby Boomers feels this way.

Some aspects of values that a brand might reflect are more popular than others. The value of ‘quality and longevity’ (the product is well-made and will last longer) gets the highest endorsement and has the added bonus that is equally relevant across the generations. Two-thirds of those who are value-driven said that they almost always or often buy products with that feature. Not far behind that is ‘safety and/or healthy’, again a value that is held across the generations. Below these, but still cited by over half of the value-driven participants in the survey, are ‘environmentally-friendly/sustainable,’ ‘locally made’ and – as a warning perhaps to those tempted to pay lip-service to values – ‘authenticity.’

Only in the case of the value ‘supports social justice cause’ is there a generational disconnect, this is more endorsed by the young than the old.

Brands that can successfully be values-driven may well sustain better through the economic downturn. Eight out of 10 values-driven consumers who were attracted by each of the values said they were extremely or very likely to continue buying the product or service, even if it costs more than other options.

About Dynata: Dynata’s latest research “Global Consumer Trends: Staying Ahead of the Downturn”, was released on 15 September 2022. Drawing on responses from 11,000 consumers across 11 countries (the United States, Canada, United Kingdom, France, Spain, Germany, Italy, Netherlands, China, Japan and Australia), it explores how the evolving economic landscape affects consumers’ behavior and impacts brands. The report can be downloaded here.